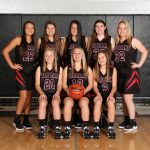 The JV Raiders defeated Cowan on Thursday Night to win their 10th game of the season. Congratulations Girls on a great start to the season.  The JV Raiders will host Muncie on Monday 12/23 at 11am. Go Raiders. 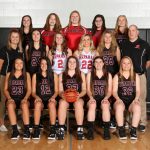 The Wapahani Varsity defeated the Cowan Blackhawks on Thursday Night to earn their 8th win of the season. The Raiders will now play Muncie Central 8:30pm on Saturday 12/28 at Bankers Life FH. Great win Raiders.

The Wapahani Girls JV Game on 12/23 at Wapahani HS vs Muncie Central will still be played.  The Varsity Game will be played at Bankers Life FH on 12/28.  The JV Start time on Monday 12/23 will be 11am at WHS. Please announce to your girls and staff. Doors will open at 10am on Monday 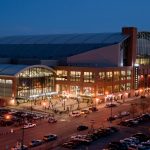 Tickets for The Really Big Basketball Show on Saturday December 28th are still on sale in the WHS Athletic Office. Tickets will be on sale all week with Friday 12/20 1pm the final date. Tickets are $10 for the BLF Event in Downtown Indianapolis. The Wapahani Boys will play Frankton 7pm at Bankers Life FH. 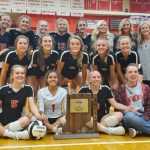 Selma Volleyball Clinics 2019-2020 What: Selma Volleyball Clinics will focus on the essential fundamentals of the game and mentality. SVC will be run by Wapahani High School Varsity coaches Kati Weir and Paige Williamson. We are looking forward to getting in the gym and training! This program will function differently than club. We will not

The Lady Raider JV Team dropped their 1st game of the year at Frankton on Tuesday Night by a score of 43-28.  The Raiders will host Cowan on Thursday Night 6pm.

The Lady Raider Varsity Basketball Team traveled to Frankton on Tuesday Night to play the host Eagles.  The Girls lost by a score of 43-30.  The Raiders are now 7-4 overall and will host Cowan on Thursday Night in MEC Action.

The Wapahani JV and Varsity Basketball Game tonight at Frankton will be played. The JV will tip off at 6pm followed by the Varsity Game at 7:30pm. Go Raiders. 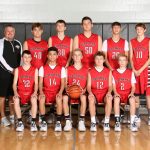 The Wapahani Freshman Basketball Team won its fifth game of the season last night by defeating Monroe Central 31-16 after a strong second half.  With the win, the Raiders record now stands at 5-2 on the year.  They will next play Frankton on December 30th.  This game was added as a part of a Doubleheader

The Wapahani Freshman Game tonight vs Monroe Central will be played in Selma at Selma Elementary. The game is being moved from WHS due the LPS Christmas Sing. Tonight’s game will again be at SES starting at 6pm. Go Raiders.