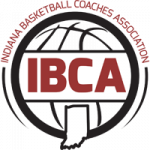 Congratulations to Wapahani Junior Peyton West who has been selected to the IBCA Top 100 Underclassmen Showcase held at Ben Davis HS.  Peyton is 1 of 100 Underclassmen throughout the State of Indiana selected based on the votes of varsity coaches.  Peyton will play in front of College Coaches from all around the country along with HS 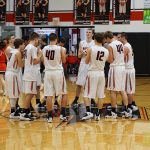 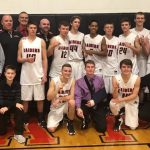 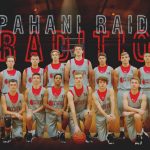 The Wapahani JV Boys Basketball Team traveled to Middletown on Friday Night to play the host Shenandoah Raiders and complete their season.  Wapahani led early 11-9 after one quarter but then battled from behind all night.  Wapahani was down 25-15 at the half after only scoring 4 2nd quarter points.  The Raiders closed to an 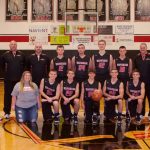 The Wapahani Raiders visited Shenandoah HS on Friday Night for a battle between two very good teams.  The matchup was all that was expected for 16 minutes until the host Raiders pulled away in the 2nd Half winning by a score of 72-46.  Shenandoah improved to 18-4 overall while the Wapahani Raiders dropped to 15-6 overall.

The Wapahani Raider Boys Varsity and JV Teams will visit the Shenandoah Raiders tonight for Boys Basketball Action.  The Raiders (15-5 overall) will travel to Middletown to take on the 17-4 Shenandoah Raiders.  Both teams were recently ranked in this week’s IBCA Coaches Poll with Wapahani #10 and Shenandoah #11.   Wapahani lost on Tuesday 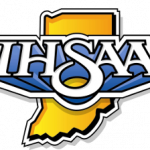 The Wapahani Raiders Boys Basketball Team hosted the Centerville Bulldogs on Tuesday Night and lost by a score of 58-49.  The Raiders were held scoreless in the 1st Quarter (16-0) but fought back to only be down 30-17 at the half.  The Raiders cut the lead again to 39-34 after 3 quarters only to lose

The Wapahani JV Boys Basketball hosted the Centerville Bulldogs on Tuesday Night winning by a score of 40-26.  The Raiders started the night hot from 3 point land as Freshman Evan Rausch hit three 3’s in the 1st Quarter, Freshman Drew Luce hit one 3 pointer, and Freshman Braxton Davis added one 3 in the

No Events This Week

Events are added by athletic staff.
View All Events